We are going to guide you how to fix a broken recliner couch in minutes. Couches are probably the vital part of every recliner one that needs to be fixed from time to time. If you fix it on time you aren’t only saving yourself precious time you’d also be extending its useful life. You can get to the inside of the couch pretty easily. Plus, you don’t need to have any prior experience. Let’s see how to fix a recliner couch.

✏How to Fix a Broken Recliner Couch at Home?

☑ A Pair of Scissors or a Utility Knife

Step no. 1 – Remove the Staples

✅ First, you’ll remove only those staples that are fixed near the sinking section of the couch using your staple puller.

✅ You can also turn over the couch if you can’t get reach to the staples on the bottom.

✅ You’re not supposed to remove all the visible staples. Remove only the ones that help you reach to the sinking section of the couch.

✅ You should continue to take off all the staples until you can see the sagging section.

✅ If there is any seam that doesn’t allow you to get through the sinking section then you probably have to use a seam ripper.

✅ But don’t rip the entire seam for you’re going to have to fix it back later. You’re supposed to rip only the relevant portion of the seam one that helps you to get to the sagging area.

✅ If however you’re unable to get to access to the sinking area even after the seam ripping you can cut the fabric using a pair of scissors.

✅ The cutting process should be done gently separating fine fabric individually so that you may reattach it easily.

✅ Now it’s time to place thick plastic pieces measuring up to 1/4-inch in thickness all over the sinking area.

✅ There must be a cushion support under which you’ll place these plastic pieces.

✅ If possible, place the plastic pieces so that they take up the entire space of wood frame of the couch. However, if plastic pieces aren’t big enough to occupy the space horizontally you may place them diagonally.

✅ You must continue to add plastic pieces until you feel like the cushion gets up to the desired level and remains firm.

✅ You probably have to put wood boards with the thickness of 1/4-inch instead of plastic pieces.

✅ Take the wooden frame nearly the size of the couch frame and fix them using 1-inch wood screws. The wood screws are important for they will probably make the frame more stable and likely bear heavy loads.

✅ If you fancy making your recliner couch little harder then you can add some more extra stuffing over the wood or plastic.

✅ Now it’s time to put back the fabric into place.

✅ You’ve got to staple each of the fabric individually into the cracks of the couch. You may want to staple it from the bottom too using carpentry stapler.

✅ You can also staple the couch from the rear so they are not visible.

You probably know now how to fix a broken recliner couch there are a certain things that you can apply too. Fixing as well as adding more stuff to your recliner couch doesn’t only make it more comfortable—it also gives your recliner pretty new look. Therefore, you should fancy working on your couch over time especially when it sinks too low.

How to Fix a Broken Recliner Couch – Video

Fixing a Broken Arm of a Couch – Video 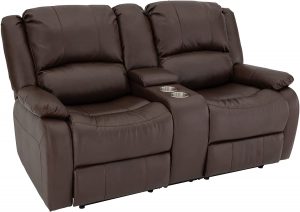 9 Best Power Lift Recliners with Heat and Massage in 2021 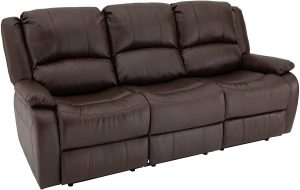 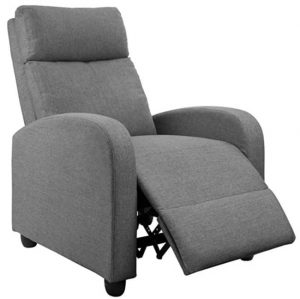